New model is available for preorder.
fits 65-foot or longer yachts,
designed to carry up to 7 passengers

New model is available for preorder.
fits 65-foot or longer yachts,
designed to carry up to 7 passengers

fits 38-foot or longer yachts,
designed to carry up to 3 passengers

fits 42-foot or longer yachts,
designed to carry up to 4 passengers

fits 50-foot or longer yachts,
designed to carry up to 4 passengers

fits 62-foot or longer yachts,
designed to carry up to 6 passengers

fits 62-foot or longer yachts,
designed to carry up to 6 passengers

Superyacht jet tender
designed for up to 10 passengers

Being the smallest in the model range, Agilis 280 jet tender fits 38-foot or longer yachts, but is designed to carry 3 passengers. Due to its compact dimensions, this jet dinghy can be placed both in the tender garage and on the swim platform. Agilis 280 is driven by a powerful 60 hp 900 cc Engine.

Agilis 305C jet boat tender fits 42-foot or longer yachts, but is designed to carry four passengers. Due to its compact dimensions, this rib tender for yacht can be placed both in the tender garage and on the swim platform. Agilis 305C is driven by a powerful 90 hp 900 cc Engine.

Agilis 330C luxury yacht tender is compact and economical, yet it is driven by a powerful 90 hp 900 cc Engine. Agilis 330C jet tender fits 50-foot or longer yachts and is designed to carry four passengers.

Agilis 355C can be fitted with one of two engines producing different power outputs (90 hp and 130 hp). As the tender for yacht Agilis 355C can become a perfect accessory to a 62-foot or longer yacht, or it can be used as a standalone boat. Apart from carrying yacht passengers ashore, aboard another yacht, or to a restaurant, you can use the boat for leisure or diving. This yacht dinghy can also be retrofitted with extra equipment for wakeboarding or waterskiing.

Agilis 360D is the smallest diesel powered tender. Hence, you receive all of the comfort of a diesel engine, while retaining a compact form factor that even fits on less spacious yachts. With a length of 3.60m, the Agilis 360D is capable of carrying 6 passengers without breaking a sweat. It is the newest addition to the Agilis family and much like any other Agilis product, it does not sacrifice any performance for its elegance.

Agilis 400C was designed to provide every passenger a comfortable stay on board and safe journey. Agilis 400C has a length of 4,00 m, which makes it the second largest model in our range. Agilis 400C can impress you with high speed, great power and exceptional performance. Its innovative 90-hp engine effortlessly transports 7 passengers even in the high speeds.

The key idea of Agilis 400D design is the perfect combination of elegant shape and great power. With a length of 4 meters, Agilis 400D can accommodate 7 people. Besides, every passenger will have marvelous, comfortable and luxurious journey. Agilis 400D is equipped with power diesel engine, which provides more performance and versatility. The 110 hp diesel engine offers more freedom and flexibility, inasmuch as there is no necessity to carry additional petrol thanks to 60-liter fuel tank and optimum fuel economy.

With the Agilis 560D, the most luxury yacht tender on the market is also one of the most spacious. Now, you and your company can thoroughly enjoy yourselves while at sea, even when stepping off your yacht. The powerful Mercury® Diesel 2.0L 170 hp engine and sleek design will have you gliding smoothly across the surface of the water, even when enjoying watersports. The Agilis 560D jet boat tender comfortably seats up to 10 persons, so you never have to leave anyone behind. And with the copious features and comfort options available, the Agilis 560D is leaving everyone else in its wake. 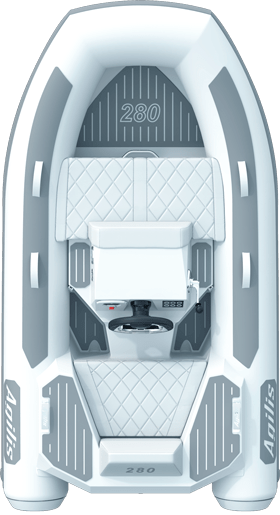 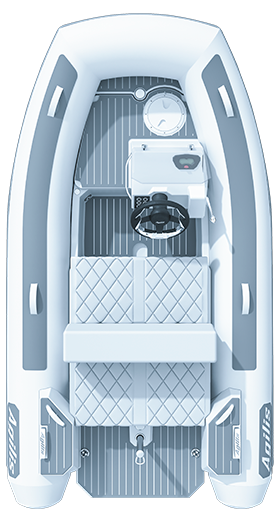 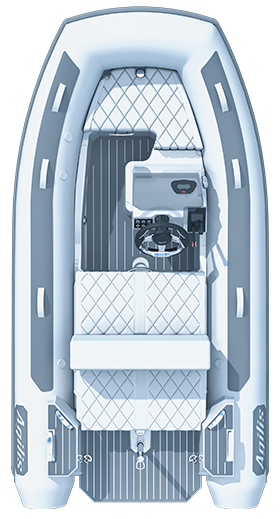 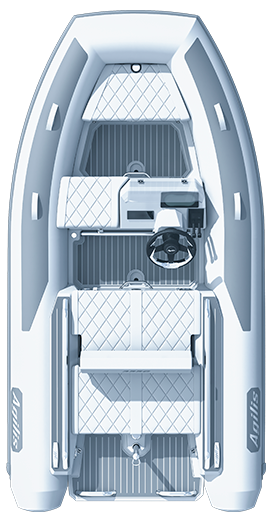 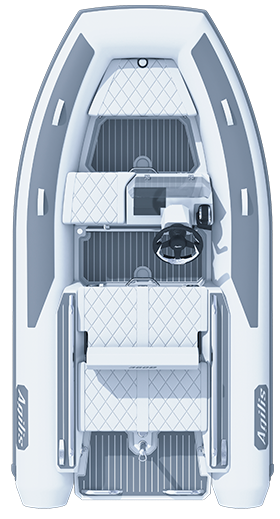 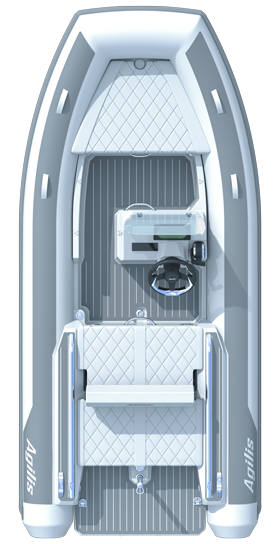 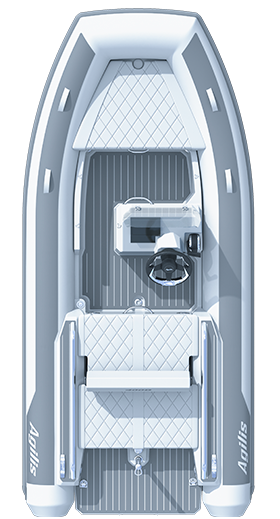 Each Agilis jet dinghy can be customized because deck, hull, insert colors and technical equipment are variable and may be combined. For some Agilis yacht tenders even exist engine power options. All this ensures that your jet tender will fit your needs and your yacht design.

Yacht tender exterior
You can choose tender's hypalon colors suitable exactly for you or yours yacht and see result at once herein. Try Configurator at this website. More than 40 colors are available.
Amazing interior customization
Chose any color for seats upholstery, hull, deck, steering console. Every unit can be developed according to your design view. Even color of teak for your future jet tender can be chosen to fit your style.
More exterior customization opportunities
The combination of exterior colors is available, so you can choose primary Hypalon color and secondary for exterior details. Even a third color can be chosen especially for moldings.
Jet engines
Agilis compact, economical and powerful engines are designed specially to deliver reliable and lasting performance. Even diesel variants exit.
Hope and base 5
Luxury materials and technical solutions, highest yachting standards.
our dealers

We use cookies (and equivalent technologies) to collect and analyse information on our site's performance and to enable the site to function. Cookies also allow us and third parties to tailor the ads you see when you visit our site and other 3rd party websites in the same online network, including social networks. By clicking 'Agree', you agree to these uses of cookies. If you do not agree or if you would like more information, you can manage your cookie preferences opposite.